When I laid out my interim social media strategy in a post last week Mastodon was included as an afterthought. Setting up an account and enabling cross-posting to both it and Twitter was easy enough so I figured "why not?" Like a lot of folks who pay attention to emerging tech I had a years-old and completely neglected Mastodon account and was generally aware of the platform. However, I didn't think it was mature or user-friendly enough to be a real contender in the Twitter replacement race. I was mostly wrong.

Over the next couple of days I'd dig a little deeper, read up on the progress of the underlying federated architecture, follow some new people, try out some of the many apps, and generally get familiar with the advancements made over the past several years. Four days later, pretty-much convinced, I stood up my own Mastodon instance (server) at https://social.blogsofwar.com using the inexpensive and drop-dead simple hosting services at Masto.host. I went full toot (that's what they call a post).

Turns out I'm not alone. The migration is very real:

And it's throwing up some mind-boggling numbers too:

It isn't all good news however. This is an unexpected and unprecedented surge for the Mastodon ecosystem. That means that popular servers are struggling with load, some user experiences are less than ideal, there are glitches (such as delayed feeds or media not posting), and there are culture clashes with old and new users - although I haven't seen any result in conflict. The existing Mastodon users have been overwhelmingly patient, welcoming, and helpful.

You can mitigate some of these issues by standing up your own server, signing up with a smaller one, or by just being patient and secure in the knowledge that it will get sorted pretty quickly. Hundreds of new servers are coming online and admins are upgrading existing instances to meet the demand. Keep in mind that most of the servers are run by volunteers who pay out of their pockets, and donate their time, to provide you a service. Most of them have a tip jar. Please use it and be please be patient with them.

These are early impressions and while I am optimistic remember that we are entering new territory. Some of this is already a bit messy and it will get messier. It's not clear what this kind of influx of new users and attention will ultimately do to Mastodon and the Fediverse. It feels like utopia (for many users) now but there have been growing pains before the #TwitterMigration and there will be many more as it continues to accelerate.

Please keep in mind that this level of attention will drive new levels of malicious activity. Hostile states and dangerous orgs will probe for vulnerabilities. They will develop new attacks and information operations shaped for this new environment. Trolls will see a large pool of new users as vulnerable fish in a barrel and will do everything they can to destroy their experience. I think Mastodon has the tools to manage what’s coming but we still have to be responsible and cautious as individual users. Enable 2FA, review new accounts before you follow them, block liberally, report bad experiences to your Mastodon server admins and mods, and don’t give trolls the satisfaction of engagement.

I'll cover some tips for getting started in an upcoming post. Hit the subscribe button at the top of the site if you want to get that delivered to your inbox as soon as I publish it.

If you’re already playing around with Mastodon, or expect to soon, proceed with an open mind, some healthy caution, and fair amount of patience. It’s not Twitter and that’s a good thing.

You can find me there at @john@social.blogsofwar.com.

Tips for getting started - as promised: 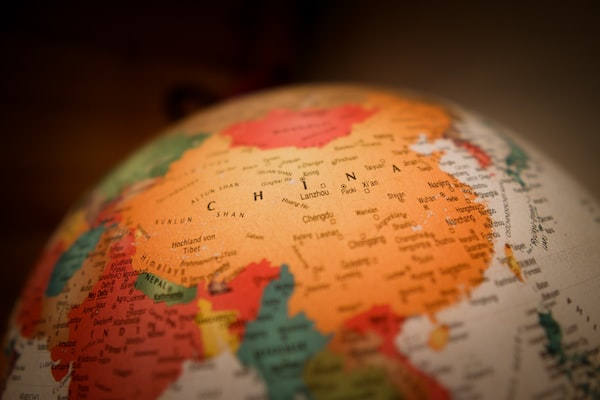 Your guide to 12 Covert Contact episodes focused on the counterintelligence challenges posed by China.