I was digging through some old boxes this evening and found some letters that have been stashed away for twenty-five years. The letters themselves don’t reveal much but it struck me how that time, the lead-up to the first Gulf War, was just so different.

That war had its detractors, large numbers of them in fact, but an increasing number of Americans were starting to believe that overwhelming military force would solve the Saddam problem – or any problem. I remember people contrasting it with Vietnam. There was a sense of confidence and optimism. And, naive or not, many people embraced a vision of better times for the Iraqi people.

Twenty-five years later and the war in Iraq continues. It’s morphed and ebbed and flowed but it has never really ended. Conflict there might well last another twenty-five years. There is certainly no end in sight. Iraq, as we know it, might not even exist then. Some would argue that it doesn’t exist now.

We have a tried and true playbook for containing states like Russia or China. There are rules and structures that govern those conflicts. And even when those rules break down some level of predictability in the world order remains. Jihadist movements, on the other hand, present us with what at the moment seems like an unreconcilable problem: To contain them we must use force but the use of force introduces chaos from which only they seem to benefit.

So anyway, twenty-five years ago a bunch of kids with good intentions put together ridiculous care packages stuffed full of magazine cutouts of swimsuit models addressed to “Any Soldier”. I was about the same age as most of those soldiers at the time. My cousin was there. One of my best friends in high school was there. As we sat down to assemble the care packages we weren’t thinking too critically about what was unfolding. We just wanted to help.

A few months later I got these letters in the mail. Soldiers wrote them on paper – with pens. Like I said, times were different. 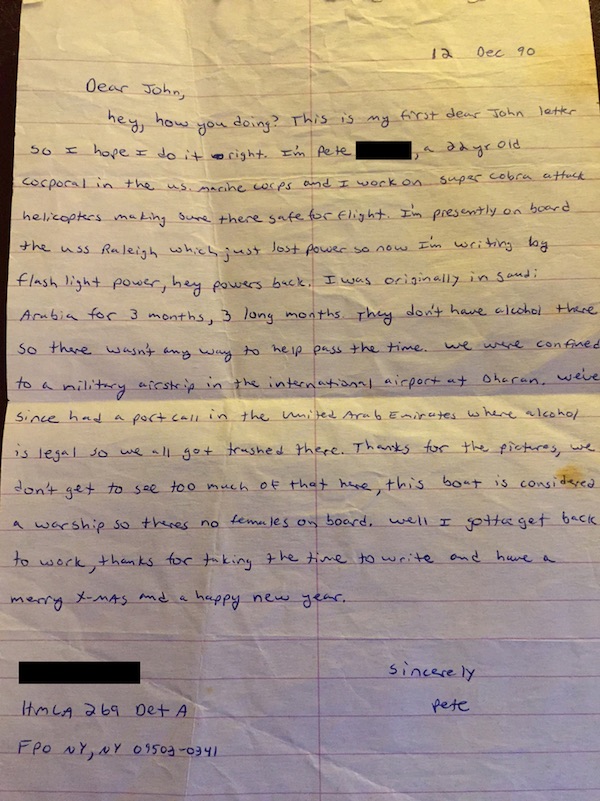 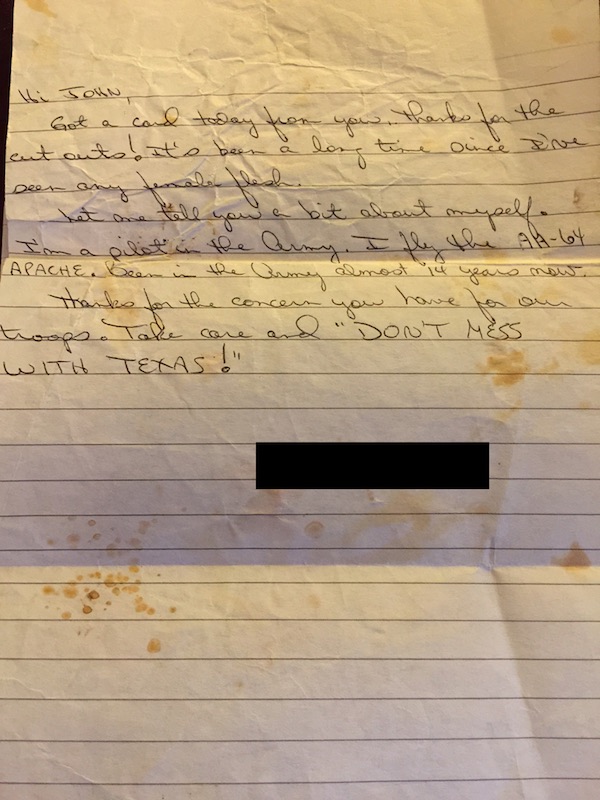